I made Path for Flight, earth to physicalize my frustrated desire to help people on an impossible path through checkpoints and detainment centers at our Southern border, people who receive a single thin sheet of now ubiquitous mylar with which to rest on a concrete floor. After donating to nonprofits, signing petitions, calling representatives, protesting in the streets and seeing the situation worsen, do I have the courage to escalate my actions further? The impotence of this position reminds me of a blanket upon which you cannot sleep. Path for Flight, air depicts the rough silhouettes of 3 birds in flight. These birds were originally built to be puppets, made for a production of an opera which never opened. I kept the birds for the past 5 years, dragging them from studio to studio, always hoping to finish them but loving them in their raw state and unable to let them go. A friend saw them on a studio visit and their comments made me see them anew. Presented this way they express a basic right to movement for every living thing. It is not an earned right, not a right bestowed by other bodies in power based on a metric of respectability, it is the fulfillment of the promise of being alive. Our governments make that right a wish, something unachieved, but it is actually our right. 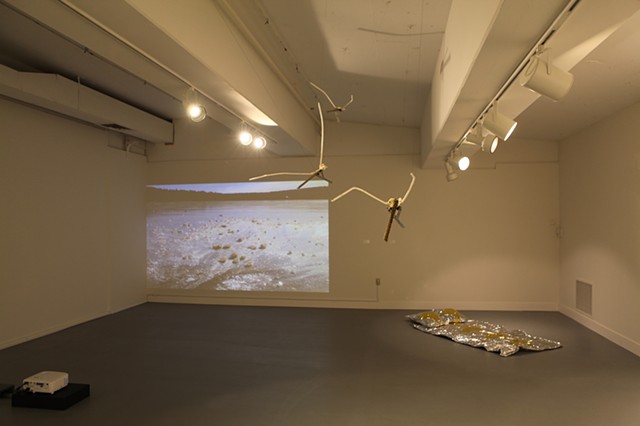 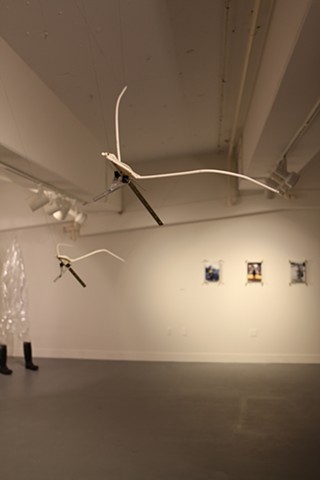 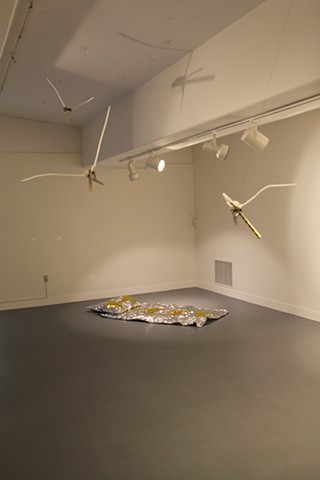 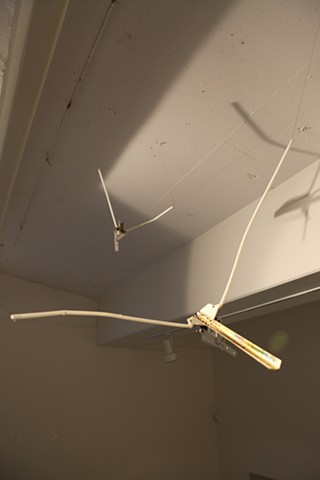 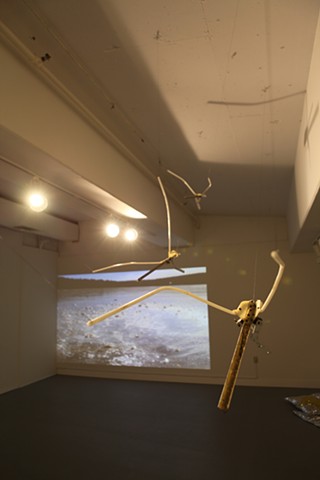 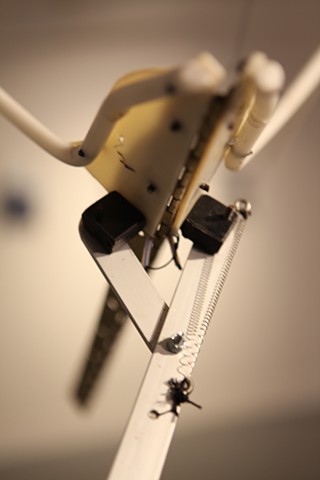 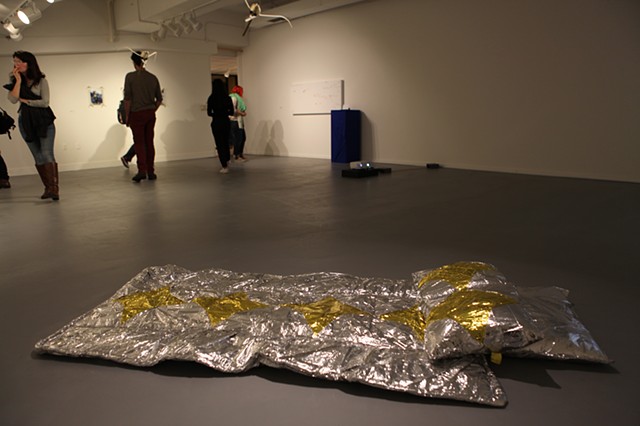 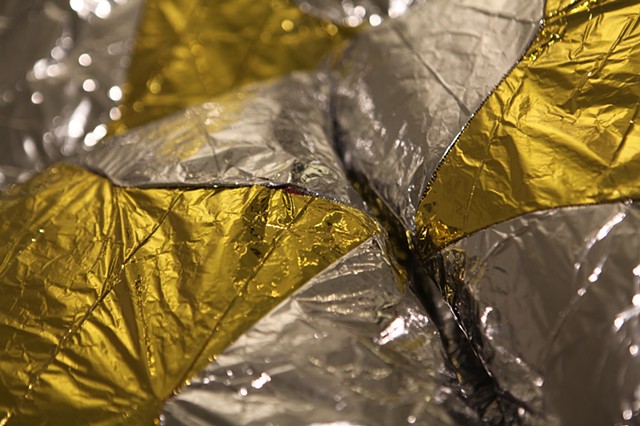